Hamilton, Ontario O.G. and a respected veteran of the Canadian indie music scene. For over 20 years and 8 albums, he’s been stomping stages and studios, spewing his incendiary brand of fiery, anti-capitalist rant-hop.

From his beginnings as the mouthpiece for legendary punk-hop band Warsawpack, through a solo career that continues to steamroll along today, Reed has remained committed to revolutionary struggle, crafting a musical legacy that voices anti-oppressive politics through Hip Hop, soundtracking and supporting the efforts of communities and organizers fighting on the frontline for social and environmental justice.

There are no reviews yet.

Be the first to review “Lee Reed – Before & Aftermath” Cancel reply 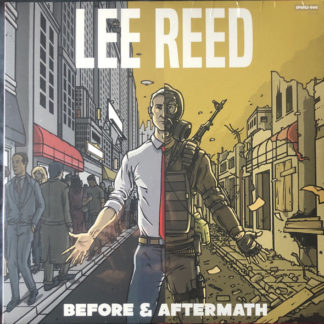